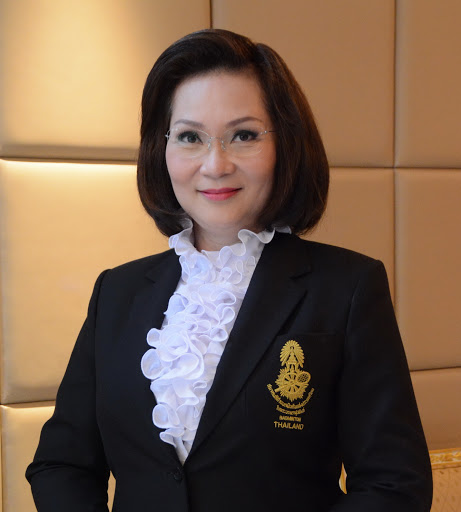 Khunying Pattama Leesawattrakun IOC members reveal that IOC announces a new competition schedule for 2 major sport events that have been postponed. Because of the problem of the Covid-19 virus by the Olympic Games Will be held on 23 July-8 August 2021 and the Paralympic Games Will be held on 24 Aug-5 Sep 2021 with a specified 1 year spacing suitable for all parties to solve the problem.

In which all parties agreed That will hold the Tokyo 2020 Olympics between 23 July - 8 August 2021 and the Paralympic Games Between 24 Aug-5 Sep 2021, this decision was made by all parties based on 3 main reasons and in line with the principles set by the IOC Management Board since March 17 at That is 1) to protect the health of athletes and everyone involved. They also support the control of the spread of the disease, Covid-19, 2) to protect the interests of athletes. And the Olympics and 3) consistent with the international sports calendar around the world. "

IOC member Thai woman continued: "The new competition schedule has also been approved by the Summer Olympic Games Federation. Including the National Olympic Committee from all countries It is also a 1 year delay from the original schedule, which is considered an appropriate time for the health officials and all concerned. Have time to solve the problem of the covid-19 epidemic. "

For the quota selection of the Olympics for sports in each country. Khunying Pattama said "IOC has once again confirmed that All athletes that pass the selection and get the quota to compete in the Tokyo 2020 Olympics will continue to receive that privilege, unchanged. Since it was in accordance with an agreement with Japan that states that Olympics to be held in Tokyo next year Will remain the 32th Olympic Games as before "